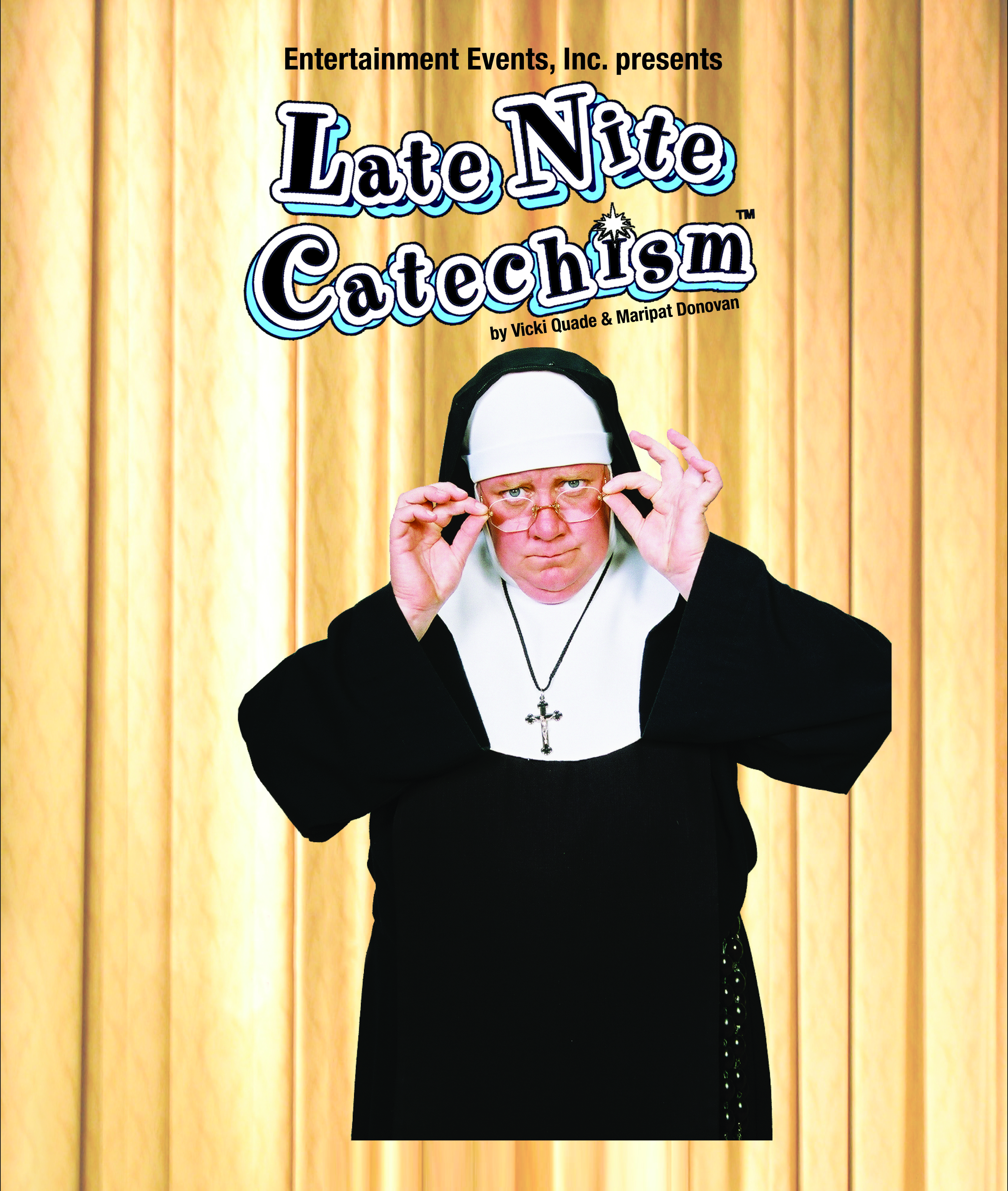 Late Nite Catechism is, an uproarious piece of theater that takes audience members back – sometimes nostalgically, sometimes fearfully to the children they once were.  The irrepressible Sister teaches an adult catechism class to a roomful of “students” (the audience).  Over the course of the play, Sister goes from benevolent instructor, rewarding the “students” for correct answers with glow-in-the-dark rosaries and laminated saint cards, to authoritative drill sergeant.  These abrupt mood swings are bound to strike a resonant chord with everyone who survived the ups and downs of going to school, with an omniscient authoritarian at the helm.

The Catholic Register (Toronto) said, “The show appeals to Catholics and non-Catholics alike since ‘Sister’ clearly explains religious references in lighthearted ways while maintaining a serious tone that isn’t too preachy and far from being saccharine.”  The New York Times in 1996 declared “Late Nite Catechism speaks to an audience much broader than the membership of any one church.”

Late Nite Catechism, which was nominated for an Outer Critics Circle Award in New York and won the L.A. Drama Critics Circle Award for Best Lead Performance for Maripat Donovan. It is the longest running one woman show in Off-Broadway history and is such in the cities of Boston, Chicago, Philadelphia, Seattle, San Francisco, St. Louis, Scottsdale, New Orleans, and Los Angeles.